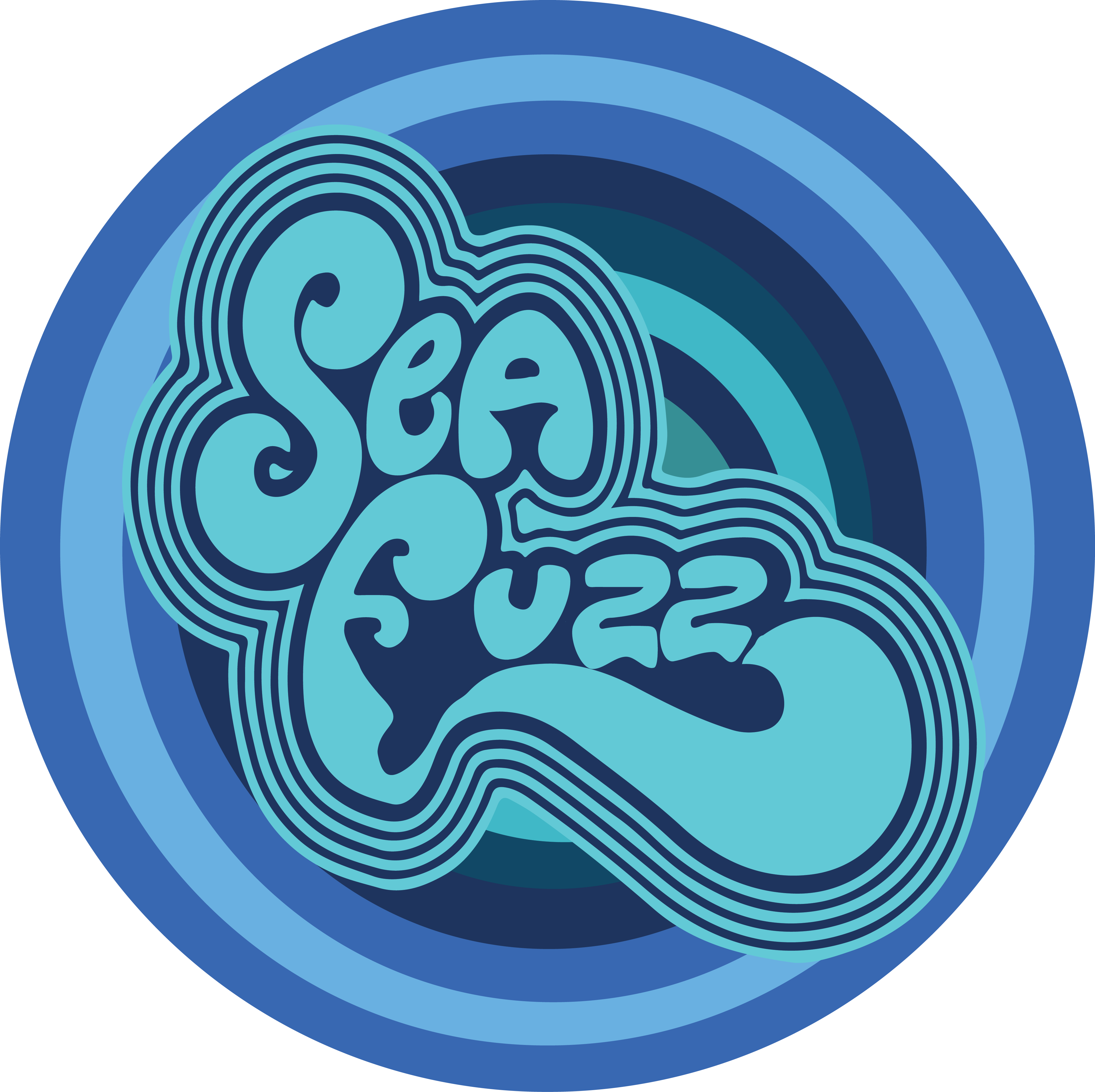 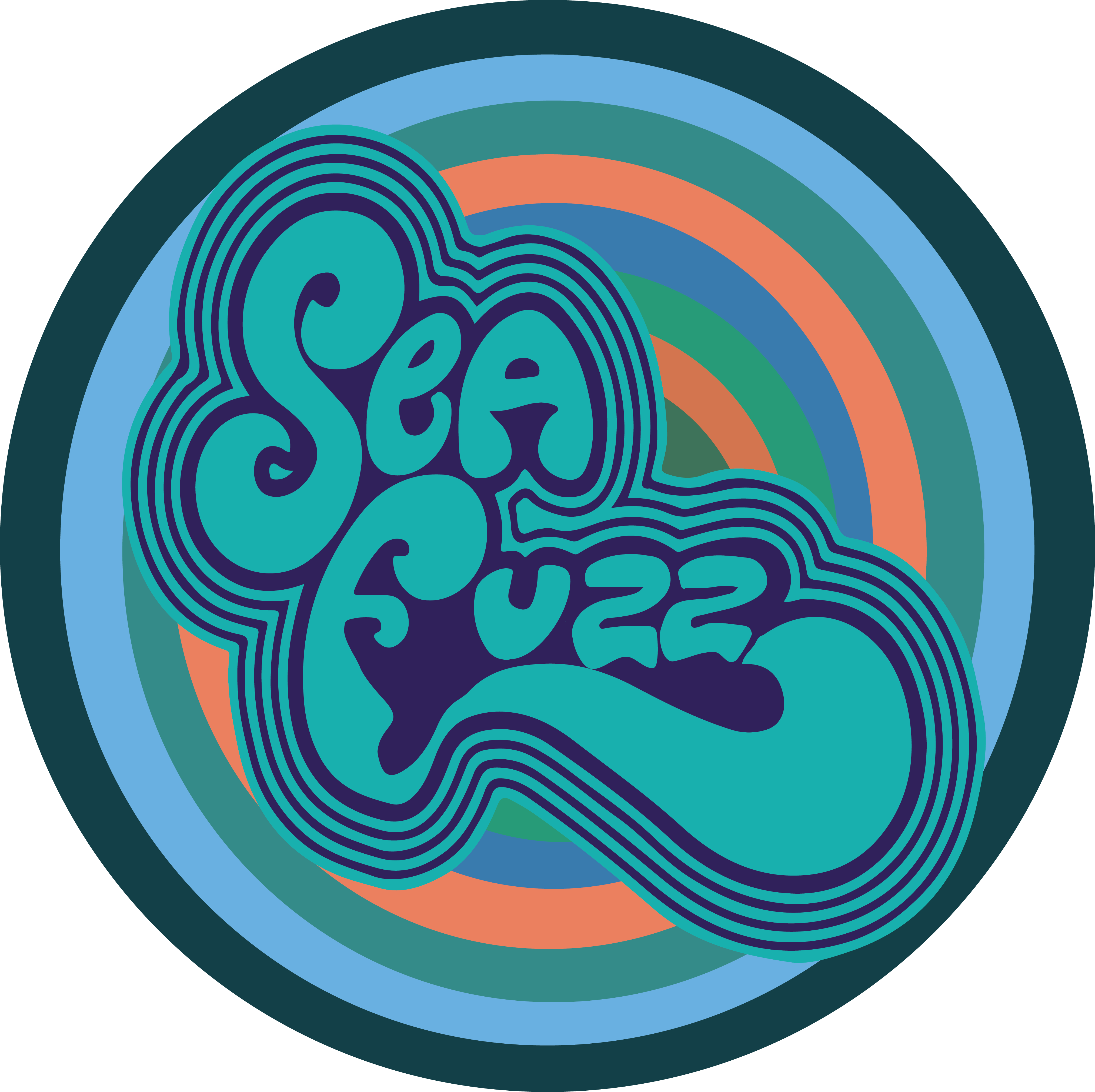 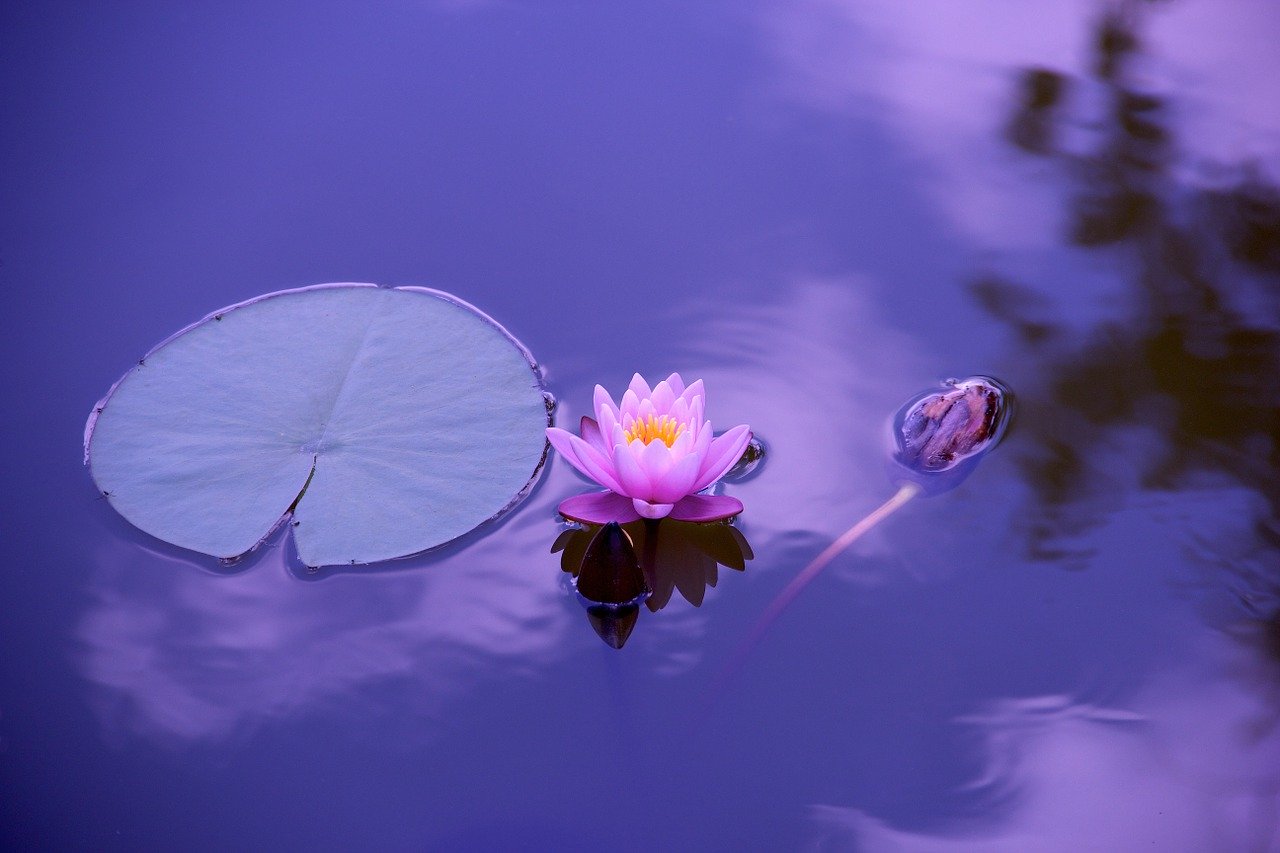 I should start by saying that I am no means an expert in Dzogchen practice. I am a humble meditator that apart from dedicating my time to trying to make psychedelic music, I have become very interested in the practice of Dzogchen meditation, neuroscience and the mind in general.

As I am focusing more on Dzogchen practice, the books I find most useful are both the classic ones on the Tibetan art of Dzogchen meditation and ones from modern authors and teachers of meditation.

For someone who has only recently started practicing Dzogchen, I have found that the more modern ones do a wonderful job of breaking down the techniques and creating a few basic steps.

However, first let's get into a brief summary of the practice so we are all on the same page.

What is Dzogchen Mediation?

Because Dzogchen meditation is considered an advanced practice, it is often avoided by most people and it is often not taken seriously by many people.

It has been described by many as "the final path", or the "the great perfection". All of these phrases seem to translate to me that this practice is 'the last practice you'll ever need'.

How does it differ from other practices?

Just as the wind and the rain differ in many respects, so does Dzogchen meditation.

As is the case with rain and wind, so the experience of Dzogchen meditation differs from most other forms of meditation.

Most forms of meditation are simple techniques to focus on particular processes — focusing on the breath, the body, a mantra, etc.

The list is a work in progress, so readers are invited to suggest additions and corrections.

I should note that there is a wide variety of Dzogchen teachings, so even the books I have included may not all be relevant to everyone.

The Way of Effortless Mindfulness by Loch Kelly 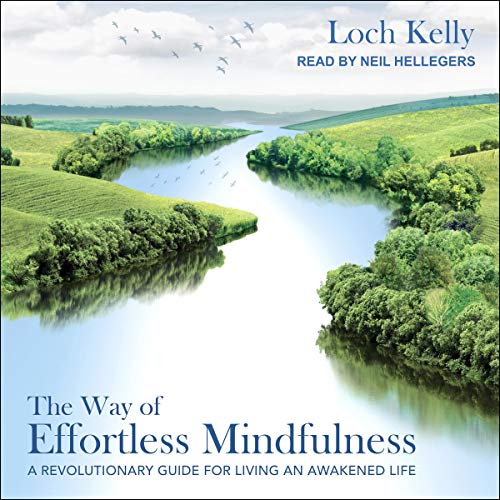 I recently discovered this book and absolutely fell in love with it. For some reason Loch Kelly's way of articulating the practice is so refreshing.

I used to be really into getting into the weeds with Dzogchen — I would want to put it all together as if it were some sort of ancient puzzle, but Kelly's way of describing the practice is honestly a million times more practical than many Dzogchen books on the subject.

In Dzogchen practice we are trying to get rid of the voice in our head, however ironically, he's the kind of guy whose voice you want guiding you (by the way he actually does some guided meditations if you are interested).

The book is structured in a very helpful way, this book could be a useful starting point for someone who is only getting started with Dzogchen and wants to get a solid foundation before embarking on the more advanced practices. It has a great section about Dzogchen in particular.

Flight of the Garuda by Keith Dowman 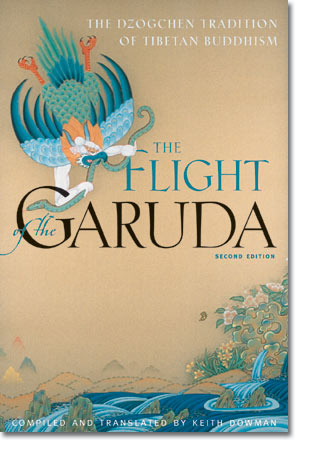 This is one of the best English language books on original Tibetan Dzogchen meditation.

What sets this book apart from other Dzogchen books is its poetic style. The book is basically a bunch of poems that sing the praises of Dzogchen. They are all original tibetan poems, compiled and transcribed by Keith Dowman, a scholar of Tibetan Studies.

Many people find this book to be quite literary. There is no direct instruction, it is mostly a literary description of the practices and parables related to the traditional methods of Dzogchen.

I have found that many people do really appreciate it on this level too (myself included).

Wherever You Go, There You Are by Jon Kabat Zinn 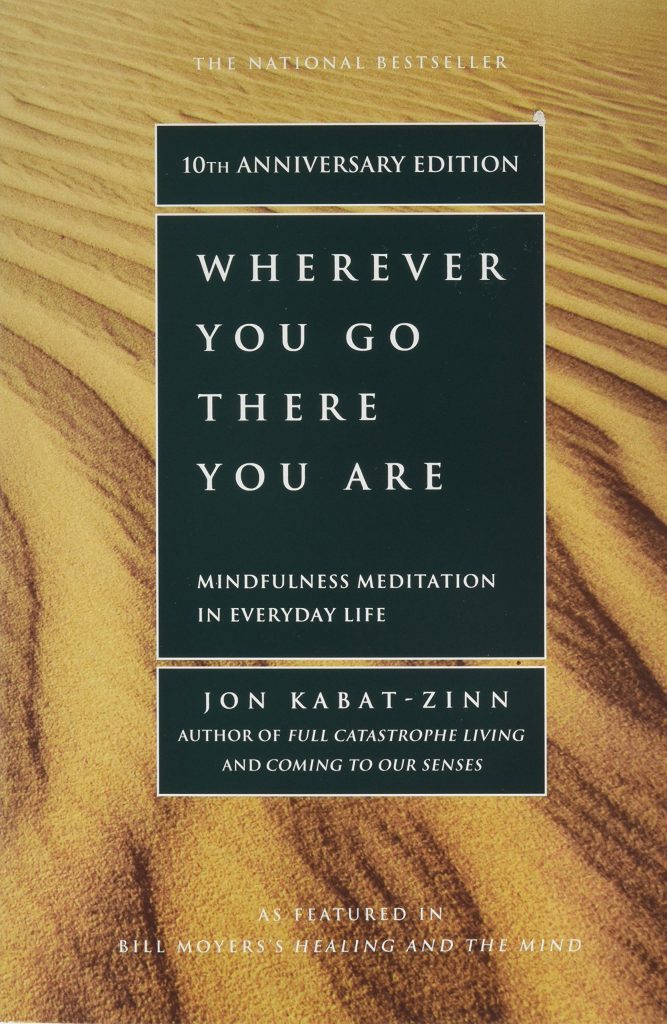 This was the first book I ever picked up on meditation, and now looking back on it it's still one of the best.

Though it doesn't specifically go into a practice like Dzogchen, it does have some very Dzogchen like practices within it. 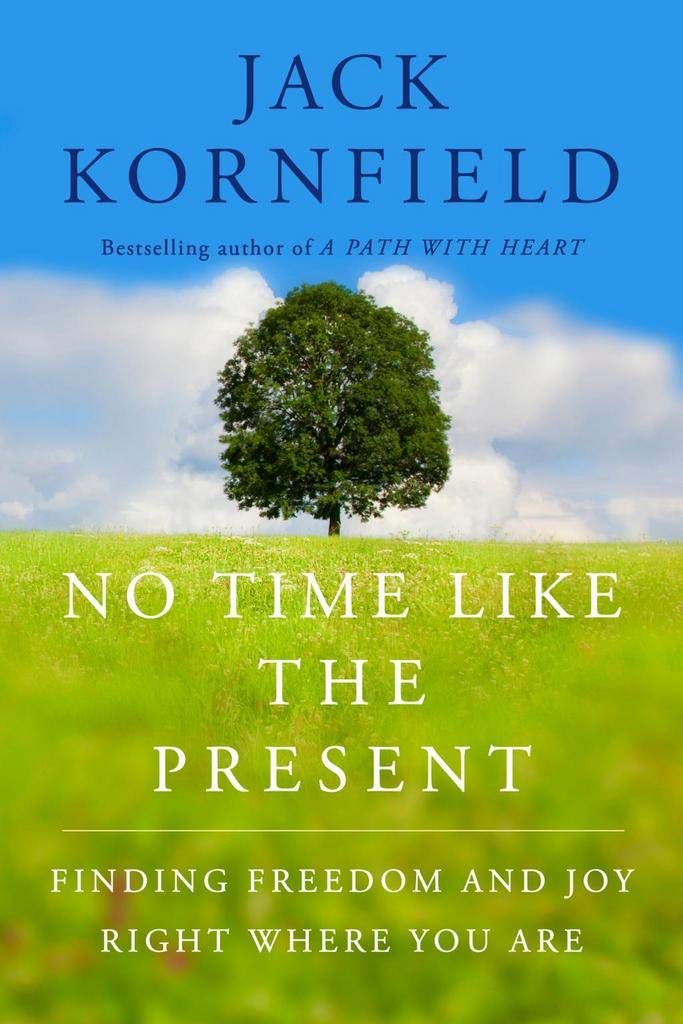 Jack Kornfield is a great explainer of the meditation practice. And one of the things I really like about him is that he emphasizes compassion as one of the core principles to be gained from these practices.

Many of us get in our own heads and try to work on ourselves, while forgetting that we live in an ever connected world and the point of these practices is to get closer to one another.

The book discusses the major topics that are usually covered in Dzogchen meditation: the mind, insight and equanimity.

The book talks about various forms of meditative practice, which are fundamental to Dzogchen and the general goal of living a better life.

Waking Up by Sam Harris 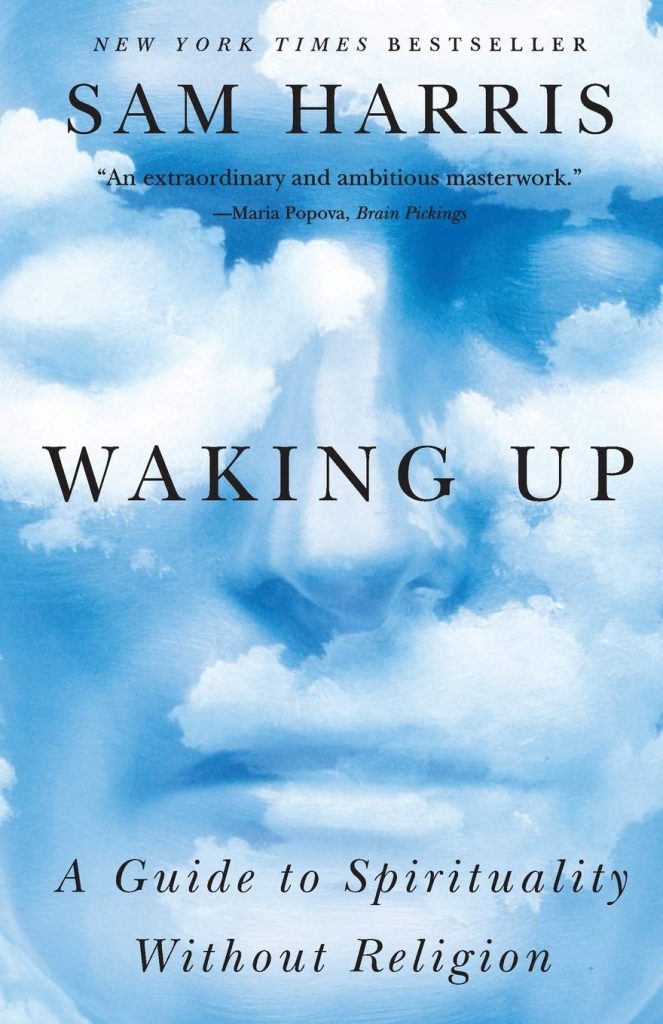 This book is an amazing book for skeptics and those who don't quite 'get' this whole practice of Dzogchen and looking for the self.

Although it is part memoir of the author, and part exploration of the psychological science of the 'self' it has some very practical exercises that students of Dzogchen will love.

For general readers, this book will give an introduction to Dzogchen and many other Buddhist teachings. This book should not be mistaken for a deep dive into Dzogchen practice, however, in some ways, this book has literally everything you need.

Harris does a great job at stripping away the BS and fluff that is found in many traditional texts and just gives it to you straight. It's a very fun read and will make you fall in love with the practice again.

The Natural Bliss of Being by Jackson Peterson 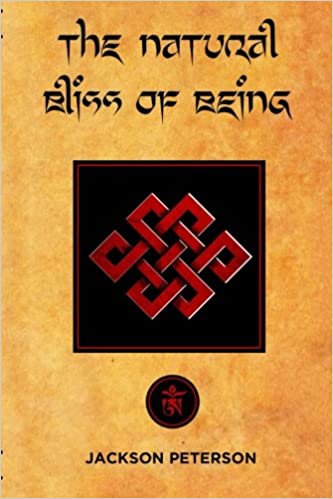 I studied with Jackson for a weekend in Manchester and got to know him. He was definitely the real deal.

He was a sweet but no-nonsense kind of teacher that would teach you by way of simply pointing out that whatever problem you had was this ethereal appearance in your mind.

In fact, on our retreat, we hardly did 'real' meditation practices, and he actually advised against many of them.

To him, meditation was simply recognizing that everything is perfect right now, without your self to which all your problems seem to arise.

The book is good, there are some metaphysical claims he makes throughout which I'm not too big a fan of, but that I've come quite accostomed to skipping over when reading this type of literature.